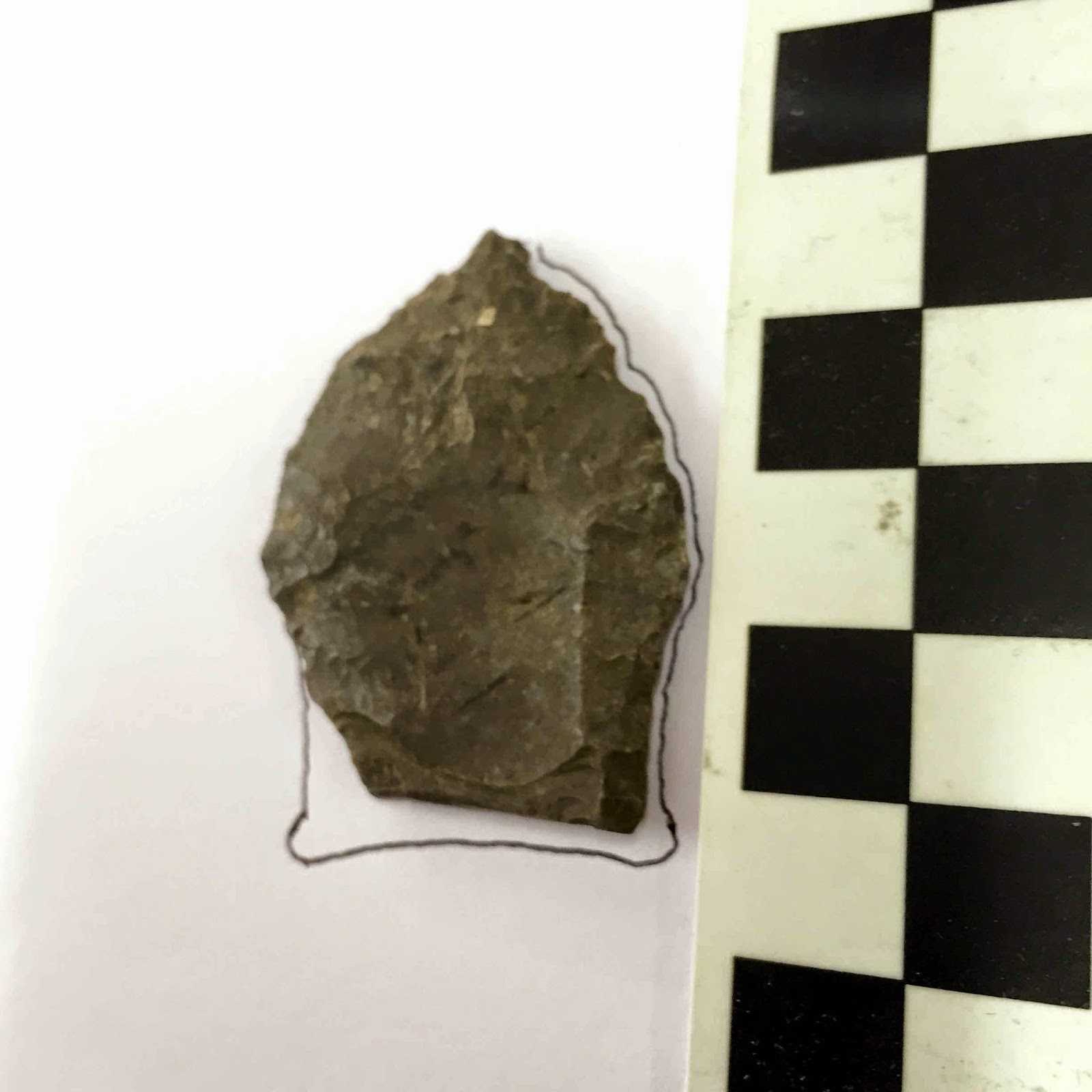 One of the earliest cultures in North America has been named "Clovis" after a type of spear point found at Clovis, New Mexico. While these points dating as far back as the Ice Age (10 - 12 thousand years ago) have been found in the Twin Tiers region, they are very rare and are prized possessions of the collectors who find them. As a result, when the staff at the Susquehanna River Archaeological Center, (SRAC) received a donation of a small coffee can filled with broken points they were surprised to find what looks like a broken Clovis point in the mix. The points were donated by the family of John Featherson, of Waverly, NY who collected along the Chemung River.

A display is already on exhibit at the museum on Broad Street in Waverly, and shows a distinct notch (fluting) in the flint point that is created solely by the early hunters in North America. The point is also very thin in comparison to later arrow points which is also a classic characteristic of the Clovis point as well. 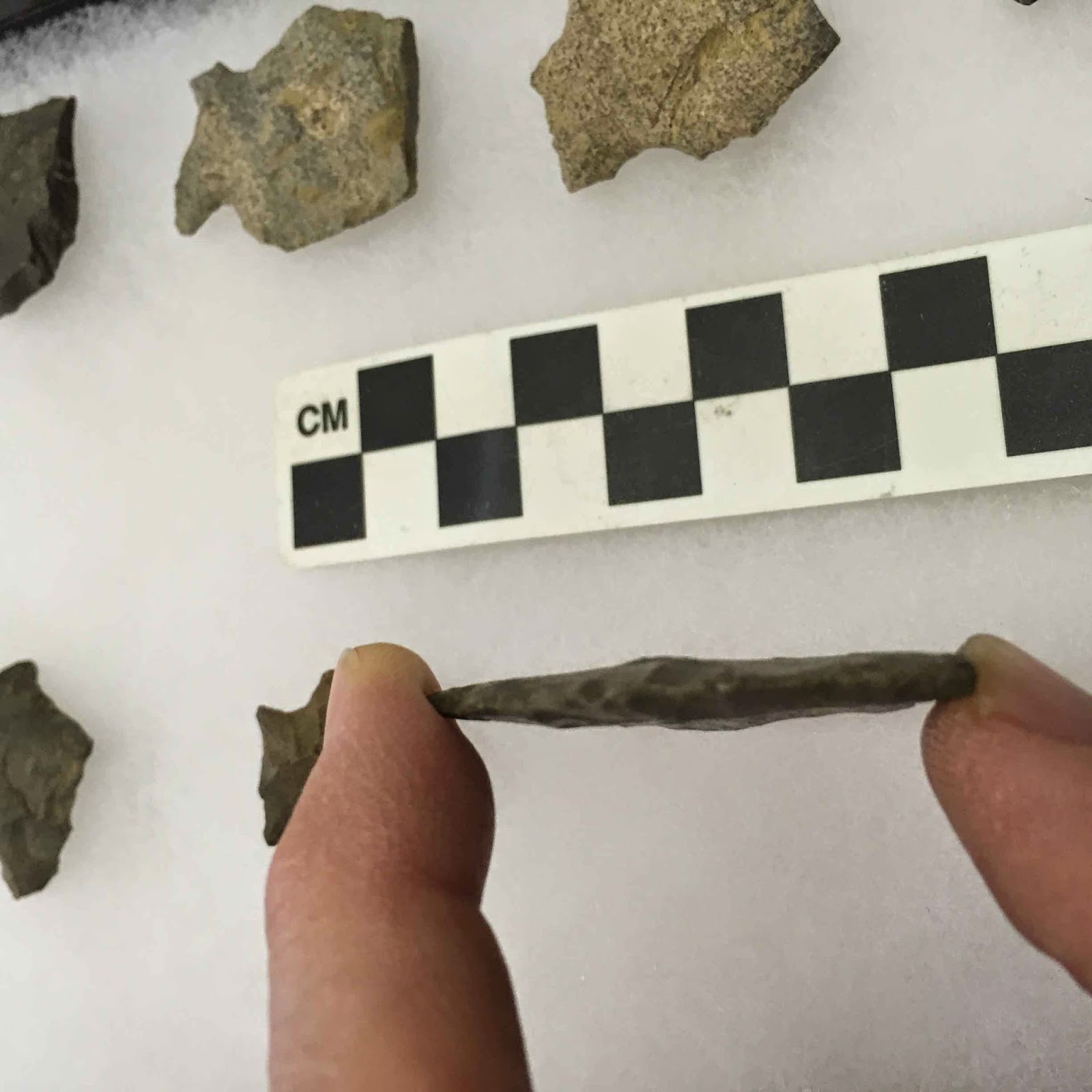 Executive Director, Deb Twigg added, "These points are so rare that we have just one in our collection of thousands of arrow points that we have from our region. To consider that these stone spear points were used to hunt large mammals including bison, horse, deer, elk, mastodon, and mammoth is quite incredible. We want to thank the Featherson family for donating their dad's collection to us so that we could preserve it and allow the public to enjoy such a rare piece of our prehistoric past."

The Jewelry class scheduled for Saturday Feb. 14th has been cancelled.
Posted by Deb Twigg No comments: